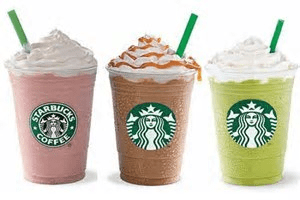 A friend of mine on Facebook recently passed along a meme comparing the price of a dozen organic eggs to the price of a coffee at Starbucks. The ostensible reason for the post was to ridicule people paying five or more dollars for a coffee who then complain a dozen eggs is too expensive. The reality of both situations is something called Perceived Value.

The basic idea is that people want value for their money. The relative worth of a product and the value associated with expenditures are different for each person. For some people a dozen eggs has much more value than a cup of coffee from Starbucks, while for others it is reversed.

I don’t want to get into a long discussion of Perceived Value, although it’s certainly a fascinating subject. I want to examine why people in the United States, and much of the developed world, seem to value a cup of flavorful coffee at a higher level than a dozen organic eggs.

It’s because cheap eggs abound and we don’t need to purchase expensive eggs to stave off starvation. There are plenty of eggs in this part of the world. Eggs go for a very low price thanks to factory farming and other capitalistic endeavors. Thus, we balk when we see a high price associated with a dozen organic versions of the product we could get more cheaply.

But wait, you say. You can also get a cup of coffee for less than five dollars many places. This is true; however, a cup of coffee is not a vital human need. Eggs, as in nourishment, are something we absolutely must have. If we go without eating for a long period of time we die. Eggs are a human need. Coffee is simply a human desire; in other words, a luxury. We don’t mind paying extra for a cup of coffee as long as we really enjoy it. We don’t need the coffee to survive. We justify the expense as disposable income.

The reality is we cannot change anyone else’s perceived value of a product. If some people balk at spending a certain amount on eggs, that’s their business. The same for coffee.

The important lesson to be learned is that capitalism has brought us abundance. Certainly, arguments against factory farming can be made. The practices that allow for cheap eggs are not particularly savory. That being said, we can actually purchase a dozen eggs for a couple of dollars. In fact, most people in the developed world spend far less of their income and time getting enough food to survive than do those in underdeveloped countries. This allows us to purchase an expensive cup of coffee.

I’m of the opinion this is something we often overlook in an age of abundance and wealth. Sure, things aren’t perfect, but capitalism and technology have brought many of us to a level of wealth and luxury beyond the wildest imaginations of previous generations.

Rich people are very rich but poor people are a lot wealthier than their counterparts in underdeveloped nations.

It’s going to take some time before we achieve super-abundance. Where everything we truly need is available for almost nothing at all. Where the only money we spend is on luxuries. There are still people in the developed world suffering and hungry but that doesn’t mean we should turn back to older times.

The path to this level of abundance is through the expansion of capitalism, not the restricting of it. Five dollar coffee proves it.