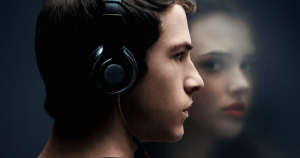 Of late, various news stories and my Facebook wall made me vaguely aware of a television show called 13 Reasons Why which is based on a book named Thirteen Reasons Why. I knew the show and novel had suicide as a central theme and that a number of people were upset by it. Now I see it is being censored, ostensibly because it romanticizes suicide.

Throughout history censorship has almost always been rationalized by a need to protect people, particularly children, from ideas. In most cases the censoring agency does nothing more than promote the particular book or content. This was true back when it was difficult to get such material. In today’s world, it far easier for anyone to get content through the internet.

This fact, to my way of thinking, makes this latest case of censorship more egregious. It is moralistic self-delusion of the worst kind. Does any librarian actually imagine by removing the book from the library they will prevent people from reading it, seeing the show? Thus, the censorship is seen for its true nature. Nothing more than a moral pat on the back. Look at me, I’m a good person. I’m helping the children! I’m so good and wonderful. I’m protecting children, look at me!

The reality is simply the opposite. By proudly flaunting the censorship, more people are made aware of the book and television show. Censors do not inhibit children from watching and reading but encourage them. They achieve the opposite of their stated goal. They know this. They are fully aware their censorship does not achieve what they claim. It reveals their actual motivation, a need to stroke their own ego.

I strongly believe enforced ignorance is not an educational tool. Those who promote censorship think otherwise.