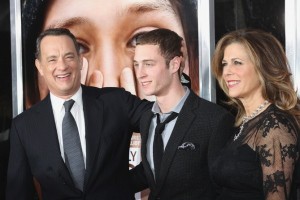 A man is suing Tom and Rita Hanks because their son, Chet, reportedly caused a car accident that injured that man. I’d like to examine the idea that a third party can be held responsible for the actions of another person.

Tom Hanks and his wife are the registered owners of the car Chet was driving. Chet has a history of drug and alcohol abuse. The main thrust of the argument is that by purchasing a car and insurance for Chet, they enabled him to drive. Without their intervention he would not have been able to drive a vehicle and thus would not have been in the accident.

The lawsuit brought to my mind the idea of suing someone for what in legal terms is largely called negligence. Negligence law is quite complex and I could get quite bogged down in minutia. I want to avoid that.

There are many situations most people can agree whether a third party is or is not negligent. I’ll give an example of both.

Your friend comes to you and asks to borrow your firearm (or kitchen knife) so they can shoot (or stab) someone else and you give it to them without question. I think most people would say that you are partially responsible for the ensuing murder.

Your friend borrows your firearm (or kitchen knife) to go practice at the shooting range (or cut vegetables) but then shoots (or stabs) someone else. I think most people would agree you did not behave in a negligent fashion.

At what point am I responsible for someone else’s harmful actions? That’s the question. That’s the legal line of negligence. It’s not an easy question. Each case must be adjudicated on its merits. And yet, I think there is an answer.

The larger, and better, answer is that we are not responsible for another person’s actions. They alone are responsible. If I provide that person with the means to commit a crime (the car in this case), there is no way to say they wouldn’t have acquired those means via another avenue. Chet could have purchased his own vehicle and gotten insurance. He could have stolen a car. He could have driven without insurance.

If a friend comes to me saying they want to murder someone and I immediately loan them my gun, I am not responsible for the ensuing murder. I didn’t do it nor did I encourage or manipulate my friend into doing it. I am certainly guilty of being a horrible person. I never should have loaned them the firearm. I should have tried to talk them out of it. I should have called the police to alert them. I should have called the target and warned them. I’ve failed as a person on many levels but I did not commit murder.

And yet there is a victim. Someone’s life was changed or ended. The family and friends of the murder victim. Maybe the victim survived but is in a vegetative state or crippled. Their life has been fundamentally and irreversibly changed. If it was one of my sisters or friends I would be extraordinarily angry at the negligent third party who gave the murderer the firearm. But would that person be guilty of negligence and owe me money?

It’s a tough concept to swallow and I understand people will disagree. My final argument is to ask if negligence laws prevent people from criminal activity? If Tom and Rita Hanks are held financially responsible for Chet’s alleged mistakes does that make the world a safer place? If parents around the nation who have children with alcohol or drug dependencies stop getting cars for their dependents will it stop the children from driving? Or will it cause more problems as said children need transport and resort to whatever methods required to get it?