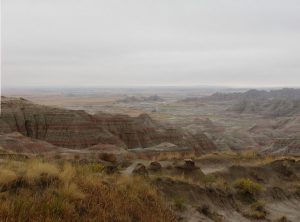 I just read a terrible story about a little town in Nebraska that serves one purpose. It supplies alcohol to Native Americans living just across the border in South Dakota at the Pine Ridge Indian Reservation. Whiteclay has a population of 14 and four liquor stores and the stores sell about 13,000 cans of beer a day. These sales result in a contribution of nearly half a million dollars to the state coffers of Nebraska. This does not include revenue from the thousands of DUI tickets given to drivers leaving the town.

At least some of the beer is sold to bootleggers who take it directly onto the reservation and sell it there at an inflated price. This because alcohol is illegal to sell on the reservation.

Pine Ridge is, by any reasonable judgment, a heartbreaking tragedy. Unemployment is around 80%. Fetal Alcohol Syndrome is rampant. Almost half the residents live in poverty. The people have the shortest life expectancy in the western hemisphere.

Many people want to close the liquor stores in Whiteclay to alleviate some of the terrible problems on the reservation.

And thus I am triggered. I could spend time talking about how adults must be allowed to make their own decisions. I could talk about how the residents of the reservation will just drive to the next town to get liquor if Whiteclay is shut down. I might point out the obvious fact that bootleggers will simply bring in increased amounts of alcohol and increase their prices.

Instead I simply explain the root of the problem. Alcohol sales are illegal on the reservation. This was done to combat alcoholism among Native Americans. It has not only failed to solve the problem but created a host of ancillary issues. Drunk driving, public intoxication in Whiteclay, criminal activity in the form of bootleggers, the eyesore of Whiteclay itself.

All of these problems go away if liquor sales are allowed on the reservation. Not only that but the stores would employ people. They would generate profits and tax revenue for the Native Americans to use to help alcoholics.

The problem that won’t go away is alcoholism among residents. That’s true. I freely admit it. That is a bigger task beyond the scope of my article today. It is a task worth taking on. People’s lives are at stake. But not for me, not today at least.

My point today is simple. A law was passed in order to prevent the residents of Pine Ridge from having easy access to alcohol. It has failed utterly and created a host of other problems. A lesson to be learned.