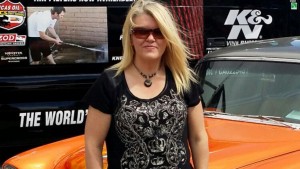 There’s been a pretty big story all over the news the last week and when I first read it the comments pretty much leaned in one direction but the story is quickly changing and comments are now going pretty much in reverse.

I don’t want to talk about the story so much in this blog post as the problems that come with leaping to a conclusion too quickly. That being said I do have to cover the story to explain my premise.

A woman was recently killed at her house. Her family reported to police that Tammy Meyers was involved in a near collision while teaching her daughter to drive and the people in the other vehicle followed her home and began shooting.

The initial reaction was that the people in the other car needed to be found and killed immediately. That there was no need for a trial when such vicious animals are involved.

The new story is that there was an driving incident but that Meyer returned home safely. She rounded up her son and at least one firearm before going back out to search for the offending vehicle. They could not find said car and returned home only to find that they had been followed and then the other group began a gun fight.

I would not be at all surprised to find the story changing even more. I’m going to withhold judgment for the moment although the family has already lied to police about the incident at least once which makes their entire story less plausible. The other party fled from the scene and has not yet turned themselves in which doesn’t put them in a particularly good light either.

At this point I think it’s entirely possible that Meyer caused the road rage incident, escalated it, and her son was the first to fire his weapon. That’s certainly the tone of the comments on the story now.

The reality is that I don’t know. That’s the lesson for everyone who was ready to pass judgment the moment the story broke and those with their opinions now. It’s a lesson we should all acknowledge. It’s easy to pass judgment without knowing all the facts. It’s a good idea to gather up information before making a committed decision one way or the other.

The reason this is such a good idea is that once you’ve committed to a particular opinion it’s not so easy to reverse. There is the natural human tendency to refuse to admit a mistake. And of course you cannot unsay anything you’ve said. If you’ve said something truly awful even an apology cannot always completely fix things.

Something to keep in mind.