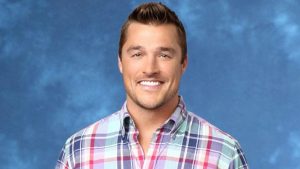 Not long ago a fellow by the name of Chris Soules smashed his truck into the rear end of a tractor and killed the driver. He then fled the scene and was arrested later that evening after refusing to come in voluntarily. Soules is a minor celebrity having participated in the television show, The Bachelor. He was a man of strong Christian faith. He is a Caucasian. He lived in a rural community in Iowa.

While reading the comments from a relative of the victim, it struck me how willing people were to find an excuse for Soules. He didn’t flee the scene, was merely driving away to go get help. That sort of thing. It’s clear to me people would not have been fooling themselves with irrational explanations if Soules had been of a darker skin color, from a city rather than rural environment, and if he didn’t express belief in Jesus as his savior.

I’m not pulling the racism card, the religion card, or the geography card. I’m just stating what I think is obvious fact. If Soules was black, a city dweller, and a Muslim; most people would not be looking to exonerate him. They would be laying down the blame, insisting on putting him in jail, throwing away the key.

We have perceptions of people in our minds because of these external things that, while not valid, drive our reaction to their deeds.

Let’s imagine we are going to a movie that received rave review. We’re excited, we think it’s going to be great, and our expectations are high. The movie is merely good. We come away disappointed. On the other hand, if the movie got awful reviews and we expected it to be bad; we come away elated. That wasn’t bad at all. I enjoyed it. That’s the affect expectations have upon us and there is nothing wrong with that. That’s reality.

However, this is where critical thinking, pragmatism, and being a decent human being come into play. Yes, we have expectations but it’s important to overcome those expectations and treat each situation as the facts dictate. If the movie was fairly entertaining but not great, then that’s what it was. That’s how you should describe it to friends when they ask you about it.

It’s not looking great for Soules. He wasn’t seeking help when he drove away from the crime. The police had to seek him out and execute a warrant on him. One of the main reasons people flee a vehicular accident is to cleanse their system of alcohol or other capacity diminishing drugs. Some five hours passed after the accident before Soules was arrested.

The accident was almost certainly just that. However, if he was driving under the influence when it happened and fled to avoid testing, then he is guilty of a terrible crime, regardless of race, religion, and geography.

Check your expectations at the door.