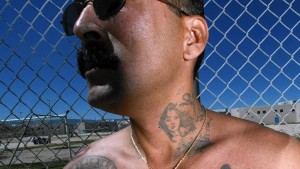 The War on Drugs makes my stomach turn and I just read another story that brings me close to vomiting. Our police agencies are ferrying around a man convicted of rape, assault, and murder because he is has been cooperating with authorities for the last twelve years.

A fellow by named Rene Enriquez grew up in a middle class neighborhood with a businessman father but, for whatever reason, took up criminal activity. His first crime was raping an intoxicated woman as a juvenile and his list of misdeeds just gets more heinous from there. He helped organize the violent Mexican drug cartels and is clearly responsible for countless murders.

All this violence is fueled by money from the illegal drug trade. I’m not going to pretend there aren’t violent people who would commit crimes even if all drugs were legal but the level of violence and the organization of those who manufacture and distribute drugs is fueled by money.

That being said it’s not point of my blog today. Enriquez was essentially tortured in prison by being sent into isolation for twenty-four hours a day. After about tens years of this he decided he was willing to help police understand how the Mexican gangs operate and began cooperating with the FBI and local California police agencies.

He has acted as a witness in numerous occasions and is essentially on a speaking tour to promote his book. That’s what the original story is about. He was recently released from prison to give yet another speech. This time the paperwork wasn’t filled out properly and all the money spent to protect him from possible vengeful cohorts has come to light. The speech was for business leaders and top level law enforcement officers.

These same business leaders and law enforcement officers are speaking out on his behalf begging for this murdering rapist to be released. Why? Because he is cooperating. If released he will be moved into Witness Protection, given a new identify, and go on about his life.

I’m angry because it was drugs and their attendant money that led him down this vile path. I’m furious that this murdering, rapist is the darling of supposedly “tough on crime” high-ranking police officers and business leaders.

This is the place the War on Drugs has led us. We created Enriquez with our misguided laws and now we want to reward him for his criminal past. How many has he killed? Who knows and apparently who cares? He can help us perpetuate the War on Drugs so we can breed a thousand more just like him so let’s forgive him, let’s grant him parole. Yay!