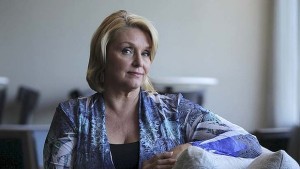 There’s a story in the news that won’t resonate with many of you unless you’re my age, 51, or older. That being said, I think it’s an important look into the nature of law enforcement in the United States.

For forty years the United States has been pursuing a case against a fellow named Roman Polanski. Polanski fled to France and has since then traveled to various places. In the most recent turn, Poland rejected extradition of Polanski.

Back in 1977 Polanski had sexual relations with a 13 year old girl then named Samantha Gailey but now called Samantha Geimer. Polanski accepted a plea bargain and plead guilty to unlawful sexual intercourse. He spent 42 days in a state psychiatric hospital as was ordered by the judge. Afterwards he learned the judge planned to renege on the original plea deal and sentence Polanski to a longer term and deport him. Polanski fled and has never returned.

So, what are these insights I gained from this latest turn of events?

Geimer is happy that Poland refused to extradite Polanski. She feels she has been harmed far more by the relentless pursuit and publicity that came with it, than she was in the initial rape. She argues Polanski admitted the crime, plead guilty, and served his time. It must be noted she received a large financial settlement from Polanski some time ago along with an apology.

She calls it an unpleasant memory but that it’s over. That others have suffered far worse. That the Los Angeles prosecutors office is spending yet more time and more money in what amounts to a giant publicity game.

And that’s largely my point. The majority of people would like to see Polanski returned to the United States. His crime is heinous enough that people hunger for vengeance. The reality is that his only crime at this time is failure to report for sentencing. The judge could give him more than the original 42 days but it wouldn’t be a lot more. The judge might deport him from the United States but Polanski has already done that himself. There’s really not much to gain here besides publicity.

Polanski would probably be better off just coming back and getting the extra 90 days or whatever the judge decided. It would be easier than continuing with all these extradition hearings. He was foolish to flee in the first place. That being said, the entire reason this case is being pursued, at least as far as I can tell, is simply because the prosecutor wants to look like the good guy.

What’s to be gained by further pursuit? An extra couple of months in a minimum security prison? More pain for Geimer? Deterrence of others who plan to rape thirteen year old girls? Hardly. Just good publicity and is that a reason to pursue a case?

I get what Polanski did was scummy. I’m no fan. I just don’t see the point in pursuing this further. What do you think?