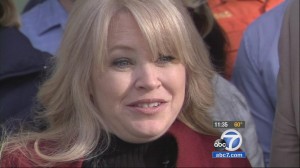 I just read about an interesting case in which a teacher, Amy Bramlett, from San Bernadino, CA was accused of having sexual relations with a pair of her students. Three months into the investigation all charges have now been dropped. The details of the case bother me greatly. Read on.

All the information isn’t in yet but the it looks to me like a rather typical case of overzealous police officers backed up by a prosecutor who saw a high profile case as a way to gain advancement.

The story is relatively straightforward. Two boys broke into their teacher’s home and were caught. One boy panicked and made up a story about having sex with the teacher as being the reason why they were there. The second boy denied this repeatedly but was held in custody by the police and questioned for many hours until he too eventually admitted to doing something that he did not do. It’s impossible to guess what sort of trickery the police used to convince the boy to lie but it’s extremely informative as to the tactics our officers use to coerce admissions of guilt.

We’ve all seen various police dramas where officers lie to suspects and use other psychological tactics to gain an admission of guilt. What’s rather shocking about this one is that the tactics were used to get the criminal to lie about his own activity, not admit the truth. The boy was caught in the middle of a robbery and convinced by the police to lie and blame someone else. If you think this is an isolated case you should spend some time looking up Innocence Project.

The first boy went home and immediately told his father that he had lied. Authorities were informed that the boys recanted their story very early in the case but the zealous prosecutor pursued matters for three more months even going as far as to bring charges against Bramlett. In the meantime Bramlett was removed from the classroom and stigmatized in her community.

I well-understand it is the job of the police to vigorously investigate crime and of prosecutors to seek convictions for said crimes. It just seems to me that in this case the choice between a mundane burglary and a sensationalist teacher/student sex scandal drove the investigation rather than actual evidence. I wonder how often this happens.

Again, there’s a lot of information still out there but my initial reaction is to lay blame largely on the prosecutor for steering the investigation the wrong way. Certainly the police with their aggressive questioning in the wrong direction bear some responsibility but the actual filing of charges and three months of wasted time and surely considerable money falls squarely on the prosecutor. Not to mention the damage done to Bramlett which, despite all apologies, can never be undone.

Follow the evidence, I say. Even if you don’t like where it’s going. It makes us all safer.

2 thoughts on “Which Crime to Investigate – Sex Scandal or Burglary?”