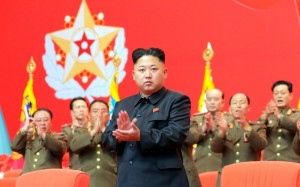 North Korea is good for it. Or at least that’s what it appears to be in the Sony Hacking case.

I was watching this case from before it became major news and when word first started to leak about North Korea and the hack being related to the release of The Interview I was extremely skeptical. I thought it sounded like classic misdirection from whatever group actually perpetrated the hack.

Then the U.S. government got involved in the form of the FBI and they seemed pretty clear that North Korea was involved in the case. Oh well, I thought to myself, I was wrong. More good reason not to jump to conclusions and write blogs before all the information is available. I’ve learned that lesson the hard way in the past and I try to be cautious.

This morning a read a news story from one of the worst of the slanted journalism sites indicating that the blaming of the hack on North Korea was premature. Before you go thinking the Daily Beast has got their act together you might read this story from the same publication that demands the U.S. take action against North Korea for the hack. I’m not going to spend time today attacking or praising the Daily Beast for their regularly insane and irregularly sane articles. Today I want to talk about perception.

North Korea was good for it. There are not many people in the world who have a high opinion of North Korea and that is for excellent reasons. It is the worst totalitarian state in the world. Their record on human rights is abysmal. There is every reason to think they would do something terrible like this. They would certainly be on the list of suspects. What’s important is that all this is merely conjecture.

After reading the article in the Daily Beast I went searching for more articles and there seems to be a fairly general consensus that the FBI laid out the blame without the evidence necessary to do so. That there were other potential parties involved and the investigation seems to have stuck upon the few bits of evidence that supported their presupposed notion. I’ve written about this tendency in smaller and more domestic situation as recently as last week.

I find it predictable, but still disheartening, that law enforcement agencies as lofty as the FBI apparently fall prey to the same sort of investigative blindness. I’m not going to say that North Korea is blameless because I haven’t seen all the evidence. I certainly won’t say that North Korea is behind the attack. I think the question still remains up in the air.

I will toot my own horn. I was skeptical of the blame North Korea game the second I heard that the hackers didn’t want The Interview released. I still think so. It appeared obvious to me that this was a case of one group attempting to lead the authorities on a wild-goose chase by putting out misleading statements.

The real take that I get from the story is that you should always be cautious about assigning blame to the person our party that appears to be guilty at first glance. It’s something we have the tendency to do all too frequently.

Don’t play the blame game. Look at the facts with an open mind and particularly examine those that don’t fit in with your preconceived notions. You might find the world a more complex and interesting place than you imagined.