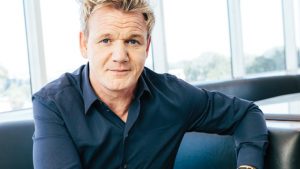 There’s an interesting legal situation revolving around celebrity chef Gordon Ramsay and his in-laws. About seven years ago Ramsay got into a dispute with the father and brothers of his wife. They hacked into his business computers attempting to steal financial information.

Sometime after their nefarious activity was discovered the families reconciled and Ramsay and his wife decided against legal proceedings against the Hutchesons, Chris, Adam, and Chris Jr. The prosecutor in the case felt differently.

That’s what I’d like to discuss today. If the victims of the crime don’t want to prosecute, what should the state do? This is different than prosecuting criminal charges against those who take advantage of people unable to defend themselves, namely children and the mentally disabled. In those situation, I believe prosecutors should pursue criminal charges. However, when the victim is an adult and in possession of their mental faculties, I see no reason why the state has an interest in continuing the case.

A crime has most certainly been committed. It is not legal to take information from someone else’s computer without their consent. If the victim of the crime was interested in bringing the perpetrators to justice there is every reason to prosecute the case.

The prosecutor will put forward a single reason for going through with the case despite the victim’s unwillingness to do so. The law has been broken and it is my job to prosecute the wrongdoer. Without such punishment society will fall apart. If we let the perpetrators of this crime off without charging them, other people will be encouraged to do the same. This is an argument I don’t believe.

Firstly, the reasoning is unsound. The particulars of this case seem so rare as to not provide any hope of the same thing happening for another criminal. No one is out there thinking to themselves the only reason not to hack into a system is because they’ll reconcile with their victim and not have to face prison. It’s just not a thought process for someone considering committing this sort of crime.

Secondly, it is not the real reason the prosecutor wants to pursue the case. The real reason is for the aggrandizement of the prosecutor. For many prosecutors, it’s simply a matter of getting a conviction. The more convictions they get the better their resume looks. Then there is the fact this is a high-profile case. That means time in front of the cameras, which helps any future political aspirations.

Meanwhile, there are numerous reasons not to prosecute. The most obvious reason to drop the case is the time and money used could be redirected to another more pressing matter. This is not inconsiderable. Prosecutors and defense attorneys are quite busy with heavy workloads and the court is swamped as a whole.

The most compelling reason, from my perspective, is the simple fact the victims have no desire to see the criminal punished. If the victim of the crime doesn’t consider themselves a victim, then I don’t see how a crime has been committed. Again, let me be clear, I’m not including children and others who are incapable of making a decision about being a victim in this opinion.

Another reason is that getting a conviction does society no good whatsoever. There is little or no chance the criminals in this case are going to commit a similar crime. Society is not served by putting the perpetrators in prison, fining them some amount, or putting them on probation. It is just money for the system.