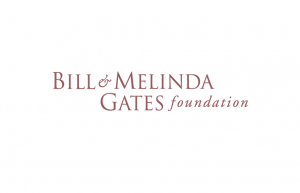 The nation’s top fifty donors scraped up $14.7 billion to give to a charity this past year. What sort of things are the rich trying to do with their money? How can we encourage them to give more?

The Bill and Melinda Gates Foundation alone donated $4.8 billion to charity organizations with a large hunk of it going to education. Educational organizations dominated the donations this year. The reason largely given is that it’s vital to have an educated workforce in the coming generations. Menial jobs are going away and highly skilled positions are going unfilled.

It won’t surprise you to learn that the biggest donors these days represent Technology Industries. They have supplanted finance donors in recent years and they, more than anyone, know their source of income is being generated by skilled workers. Without such workers, their income evaporates. It is in their interest to have educated workers but it is also in the interest of the people getting an education. A symbiotic relationship that highlights the ideas of Enlightened Self-Interest and Rational Egoism. In other words, charity isn’t just helping someone else.

At its heart is the idea: What is good for me is generally good for those around me. Anyone who runs a business isn’t going to do well without good employees and customers with ready cash. At least it used to be that way. We’ve perverted things in the United States with Crony Capitalism.

Business leaders today also spend a great deal of their money attempting to bribe, that is to say finance, politicians in their campaigns in order to influence policy. The reason business leaders do this is that political leaders determine the success and failure of business through legislation. Politicians hold the reins and with the stroke of a pen can promote one business and destroy a competitor. This forces businesses to spend money buying influence instead of running their company.

The cause and effect relationship here is infinitely interesting to me. The ostensible reason politicians were given this ability to regulate business is the impression that corporate leaders are going about their jobs in a manner detrimental to the consumer. Politicians must save us from such evil! This, in turn, led to businesses becoming overly involved in politics. It was a matter of survival.

Despite having to give enormous sums of money to politicians, these fifty people still managed to donate nearly fifteen billion to charity. I wonder how high that number might be if they didn’t have to worry about bribing, I mean donating, to politicians. If politicians can’t decide the fate of a business, then business leaders don’t care who is elected. They can go about improving their company. This means giving customers what they want and training better employees.

What started with good intentions, regulating egregious and criminal business practices, has become egregious and criminal of itself. If my competitor gives more money, that business will win through the efforts of legislators who don’t care about good products or educated workers. They create winners and losers with regulations.

We didn’t solve the problem, we made it far worse and have taken away who knows how much money from charity in the meantime.

If the solution is making the problem worse, it’s not a solution at all. Something to think about.