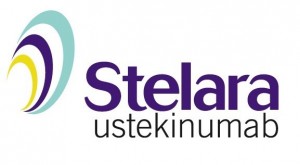 I do most of my television watching on the computer using Hulu, ESPN3, and other outlets. Lately I’ve seen a commercial for a drug called Stelara quite frequently. There is something in that commercial that hit me right in my Libertarian breadbasket.

A few years back the federal government regulated advertisement for pharmaceuticals. One of the rules is that any such advertisement must list major side effects and contraindication of the drug in question.

In the rundown of side effects for Stelara, which includes death by the way, we get the following.

Do not take Stelara if you are allergic to Stelara.

What more do you need to know that the entire process is an exercise is silliness? The reason behind the rule about advertising is so people won’t take a drug that harms them. This relies on the idea that people won’t take a drug if they know it has harmful side effects or they won’t take it under certain conditions like after drinking. That idea is utter nonsense. People are idiots. If they are willing to take a drug whose side effect is death, what’s the point of any warning?

People will talk with their doctor and either make an informed or uninformed decision about taking medication. Stupid people will make bad choices more often than smart people, that’s reality. No amount of warning in a commercial is going to prevent stupid people from doing something stupid. Likewise, an intelligent person who cares about his or her health and what he or she put into his or her body is not going to trust a commercial, but will consult with their doctor prior to making such a decision.

It’s a rule designed to make us feel better about helping people when we’re not actually helping them at all. Do you think anyone bent on taking the medication is deterred by the warnings? Of course not.

Do not take Stelara if you are allergic to Stelara? You have to be kidding me.