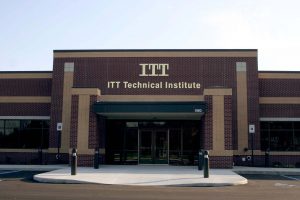 There’s an extremely telling news item this morning about ITT Technical Institute and judging by the comments I’m reading, most people don’t understand why the news is important.

In a nutshell, ITT Tech is a For-Profit educational institution. The government has accused them of fraud and deceptive practices. The school looked into ways to defend against these charges and decided that their only choice was to shut down operations at their 130+ campuses. This after a series of lawsuits and federal raids.

What I’m seeing in the comments section is basically two ideas.

The first trend is that it’s about time the government shut down this institution that was preying on young people and giving them false hopes and a sub-par education. That this is the role of government and they should be shutting down more such schools.

The second series of threads is from those who think this is an example of overbearing government persecuting the school. These people argue students are responsible for signing up for the classes. No one forced them to take out loans, which are defaulted at an alarming rate.

Both points of view have some merit but I think miss the real problem.

The lesson from this? The government, essentially your tax dollars, was completely and totally supporting ITT and, in fact, almost the entire For-Profit educational system. That’s what is wrong. That’s the root of the issue.

There’s nothing wrong with For-Profit educational institutions. If the government didn’t get involved by giving out trillions in student loans then the successful schools would be those that provided their students with a quality education at a fair cost. Those would have been the schools that attracted the most students because of fair prices and good education. That’s capitalism in action.

What happened is shady institutions interested in taking government money with little or no obligation to the students became dominant in the industry. Students had, and continue to have, little choice but to attend a school that is interested mostly in gleaning profits from government loans, not providing a quality education at a reasonable price. There is far more money to be made fleecing the government.

That’s the problem. The fact that ITT Tech has to shut down in the face of the loss of government money proves the point.

It’s not the government’s job to decide which business should survive and when it does so it causes far more problems than it solves.

The problem it is trying to solve is getting young people an education and allowing them to enter the workforce. It’s a noble idea but it causes huge problems. Let financial institutions loan money to students to attend such schools. These institutions will only give loans to students attending schools that have quality programs because the financial institutions have a vested interest in getting their money paid back. Unlike the government which just collects more tax dollars and rolls right along.