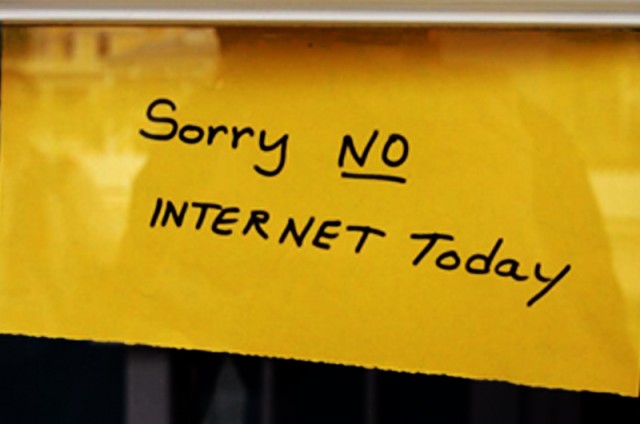 The recent trend towards selective censorship on Twitter and Blogging is an interesting phenomenon that has many people quite upset. I don’t think it’s such a simple thing to parse but I’ll give it try today.

I don’t want to talk about the various pieces of legislation moving through the United States Congress but instead the self-imposed censorship that internet providers are putting in place because various countries are trying to suppress freedom of speech.

It’s an interesting problem because the internet spans national borders and there is obviously no way to conform to everyone’s laws. There are oppressive regimes out there that find free speech to be dangerous. Let’s face facts, free speech is dangerous. You just have to listen to a virulent racist, religious fundamentalist, or misogynist to understand that there are people out there with ideas that are violent and terrible.

You can probably guess that I’m all for freedom of speech. I think that it is important to understand all ideas, even the awful ones, so that you can come to an informed decision. But, as a Libertarian, I also respect the laws of a nation. If China or Iran or Syria doesn’t want to allow it citizens to blog their thoughts then who is the one to change that? Me? Bing? Google? Twitter?

In these cases I try to take the long view. I think trying to impose your will upon another person rarely works. I was against the U.S. led invasion of Iraq from the beginning for this very reason. I think one of the biggest mistakes the U.S. ever made was to not support the Iranian Revolution. I’ll talk about that in a future post but the point here is that trying to force something down someone’s throat rarely succeeds.

So, if the various internet entities tell China, Syrian, Iran, and any other nation; We don’t care about your laws. We’ll just pipe in internet. That just radicalizes those wayward countries.

I think a western style, representative Republic is the best form of government yet devised. One main reason so much of the world has turned to this style of government since the industrial revolution is the shining EXAMPLE of the United States. We fail when we try to impose our values on other nations. Then we succumb to the dangers of Imperialism, Totalitarianism and alienate those who most desperately look to us for hope.

So, I say let nations make their own laws because it will anger their citizens enough to force change. I cannot change you, you cannot change me. We must wait for Syria and Iran and China and the rest of those countries find the power within to  join the rest of world. Maybe then people can stop killing each other and we can get to the business of greatness.

Tell me what you think in the comments.