I just read an interesting article about how beverage manufacturers advertise sweet drinks directly to children. This advertising, along with lower prices, steers consumers to those products. This is aided by deceptive labeling on bottles that confuse parents.

The question the article poses is if government has any role in all of this. I’ve certainly written about the role of government in sweet drinks in the past. Taxes were my topic of discussion at that time but today I want to talk more about regulation.

As a Libertarian I’m not as opposed to regulation as you might think. I think false and misleading advertising definitely fall under the purview of criminality and the government. The problem is that we have laws to prevent false labeling and false advertising and, as usual, manufacturers find ways to bypass those laws.

It’s incredibly difficult to create an effective law to modify human behavior. We often see a law designed with the best intentions ending up being more harmful than that which it purports to stop. We need go no further than the War on Drugs to see this.

If we examine the picture included in this blog you see Glaceau vitamin water with a label clearly reading Naturally Sweetened. We also see a wonderful reference to electrolytes which any fan of Idiocracy will appreciate. A perusal of the nutritional content on the back reveals a large amount of sugar in the drinks.

What is naturally anyway? If companies are not allowed to use the world naturally or electrolytes, they will find other deceptive words, it’s an endless cat and mouse game. That’s the problem with trying to regulate human behavior, be it through the War on Drugs or buzzwords like Organic and Naturally.

Companies will find ways around your rules.

What we want is people to have healthier diets. If people have healthier diets, it is good for our society. Our healthcare system is largely broken. In part because of the enormous number of unhealthy people in this country. People, particularly poor people in rural areas, need the services of Doctors without Borders as if we were a Third World Country. I hesitate to use the words “as if” but I don’t want to get into that debate today.

The manufacturer loves obfuscating the product and does so with misleading labels and advertising that comes right to the edge of legality. No matter how much we try to regulate this, companies will find a way.

I’m convinced the most helpful remedies to the problem lie with us, with the store owner. Don’t stock sweet drinks on the same shelf as unsweetened drinks is one that comes to my mind. One shelf is marked Sweetened and the other marked Unsweetened. If the store owner refuses, if the manufacturer pays extra to be on a certain shelf, there’s not much to be done, unfortunately.

I don’t think there are magical solutions to these problems but I also think individuals can focus on both informing the consumer and making the world a better place. Go to your local grocer and ask if they’ll separate the sweet drinks onto their own shelf, the worst that can happen is you’re told no. 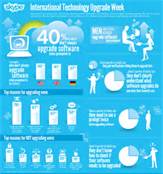