All praise Oregonians and their enlightened stance on drug legalization. Hail magnificent, glorious Oregon for defying an out of control federal government led by decree wielding autocrats issuing executive orders as a way to wage war on the citizens they perceive as the enemy.

Oregon just decriminalized small amounts of cocaine, heroin, and LSD, among others so-called hard drugs. This action, this glorious defiance of an overreaching federal and state governments warms the cockles of my heart, wherever they might be found.

The War on Drugs is a war on the citizens of the United States, there is no question this war has caused more misery than any other federal program in the history of the country. I’ve written numerous times on why this war destroys families, communities, law enforcement, the legal profession, and everything it touches so I will not wax poetic today. Today I shower praise on Oregon for charging forward.

The entirety of whether or not marijuana, or any other drug, is something federal or state governments can regulate is wrapped up in a cased called Gonzales v. Raich and it is interesting reading. Drug legalization is freedom for people.

The point here is fairly straight-forward from my perspective. Those in power like telling you what to do and drug legalization is something they don’t want. The pecking order is Federal, State, Local. The party in power at each level enjoys forcing their view of right and wrong on everyone they control. It is my opinion the Constitution of the United States was written with a full understanding of the nature of humans to want to force others. The powers of the Federal Branch are barely limited anymore, what the Federal Government wants, it gets. What the State wants, it gets.

There are few solutions left to freedom lovers who have no desire to dictate to anyone else how she or he leads life. We are overwhelmed by do-gooders who know what gun I should own, what weed I should smoke, what medical procedure I should have, what religion I should pursue. We the People must pass laws, in our municipalities and states, contrary to the authoritarian decrees of out of control federal and state governments.

This is the power of the people. Well done, Oregon. 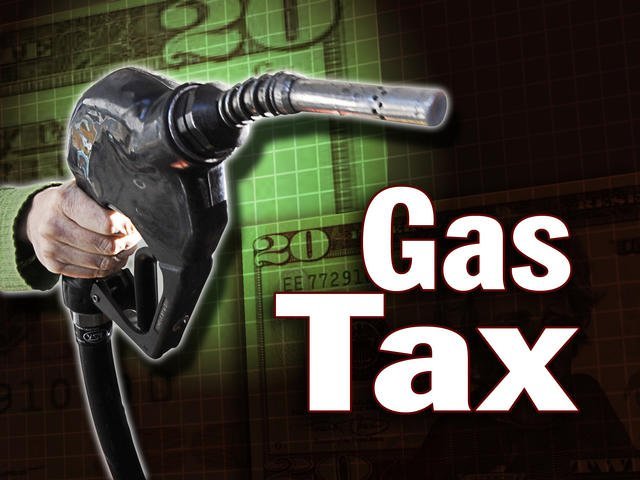 There’s an interesting idea being tested in the Beaver state of Oregon and it has the potential to have a negative impact on me. The state has started a pilot program wherein drivers will pay a tax of 1.5 cents per mile driven instead of the 49.5 cents/gallon they currently pay in taxes. This includes the 18.5 cents/gallon federal tax.

The reason for this idea is that cars have become significantly more fuel-efficient in the last twenty years and that has greatly reduced the revenue generated by gasoline taxes. Adjusting for inflation it seems as if the revenue stream has dropped by about 40%. The money from such taxes are supposed to be used to pay for both the upkeep on existing roads and bridges and any new construction.

According to most surveys, the roads and bridges in the United States are in abysmal condition and that is a dangerous situation for anyone who travels on them.

The new system means that I would pay exactly the same amount as someone who drove an equal number of miles in a year.

As a Libertarian I’m often criticized for not wanting any government but that is an over-generalization. I think roads are one of the most important services the government provides and I think it is only equitable that I pay for the use I get from them. Not only my own driving but that of goods that are shipped over them to the stores I frequent.

However, this new per mile method doesn’t take into account the weight of the car which is a hugely important factor in damage to the roads. Lighter cars do far less damage to the roads than do heavier vehicles, particularly trucks. Now, roads are damaged not only by heavy vehicles but also by weathering and even the government is going to be hard pressed to find  a way to tax the weather (although I wouldn’t put it past them).

So, what is an equitable solution? I think Oregon is going in the right direction but it could easily be a multiple of the miles driven by the weight of the car. It seems like a formula would not be difficult to derive.

We all like our roads and benefit from them in many ways. The lifestyle we lead is in no small part based upon the transportation system in the United States. It is in our best interest to maintain it at peak efficiency.

All taxes should be based upon the service that government provides. If my Prius does X amount of damage to the road then I should be taxed X with Y added for the general weathering damage. People who drive more, who use heavier vehicles, should be taxed more than those who drive less or not at all.

This is an important argument in the Libertarian arsenal. We are not against taxes but we think that taxes must be justified by expenses. If the gasoline taxes, if all taxes, are designed to generate exactly the revenue necessary to maintain that particular service I will gladly pay them.

I applaud Oregon’s effort, which faces a number of tests including how to determine the number of miles driven and miles driven by out-of-state visitors. The idea is a move in the right direction, let’s see how the implementation goes.