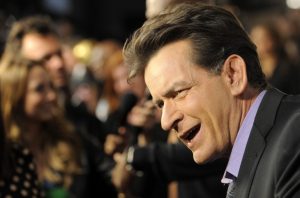 Charlie Sheen was flying back from Mexico in a private plane when federal authorities forced it to land and inspected it for drugs. They removed every piece of luggage and used drug sniffing dogs to search everything. In the end, there were no illegal drugs found although one dog, unsurprisingly, gave a false positive. Unsurprisingly?

I’ll take a moment to rant about drug sniffing dogs. They are wrong more often than they are right and they are wrong even more frequently when the person being searched is a minority. An Australian study found they correctly identify drugs about twenty-six percent of the time, the rest being false positives. Basically, the dogs take cues from their handler and, sadly, are not infrequently used simply so police can harass citizens. It’s my opinion they should be banned completely. They allow agents of law enforcement to search anyone they want without cause. If the dog barks, police get to search you despite having no evidence of wrongdoing. It’s a clear violation of the Fourth Amendment.

Another huge problem is that someone in the federal government has the power to halt a private flight apparently for the sole reason that you’re a celebrity who reportedly uses illegal drugs. They can search your plane without any evidence it actually has narcotics.

I think all drugs should be legal, but we currently have laws against them in this country and therefore I’ll acknowledge government agents can search you if they have probable cause to do so.

There might be more to the story. Perhaps someone in Mexico tipped off federal agents that drugs were aboard the plane. It seems much more likely to me that some bright agent doesn’t like Sheen all that much and decided to take a chance. I can see a self-righteous drug enforcement agent standing around the water cooler, eating a donut, waving a pen, and a little light bulb goes off in her or his head. “Hey, Charlie Sheen uses drugs. His plane flies around in Mexico. Let’s stop it and search it! That’ll be fun.”

Sheen pays for that private flight. He pays more when the flight is diverted and searched. Did the government reimburse him for these expenses and the inconvenience? If so, that’s my tax dollars also!

Does anyone have to explain to a judge why they diverted Sheen’s plane and spent who knows how much money on a fruitless search? If so, can that person be fired?

I don’t much like Sheen. He’s arrogant and pretty much a jerk. He thinks because he has money and power he can do what he wants. The government is all of that multiplied by millions. They have all the money in the world, your money. They have all the power in the world except that which our judicial branch infrequently denies them.

When the War on Drugs forces me to defend Charlie Sheen, doesn’t that say it all?