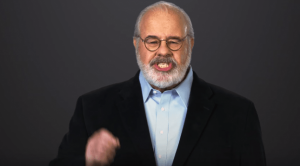 It’s been a few days since the Denver Broncos defeated the Carolina Panthers in the Superbowl but I wanted to take just a moment to discuss the commercial a fellow named Terry Crouppen paid to have shown during the game.

The backstory is that the owner of the Los Angeles Rams football team, Stan Kroenke, moved the team from St. Louis to Los Angeles. There was a protracted and ugly campaign between Kroenke and various interests in St. Louis on whether the team should stay or move. In the end Kroenke got his way.

The Rams football team had very little success while in St. Louis except for a short span from 1999 to 2002. They have been one of the worst teams in the league in recent years although have moved more towards the middle of the pack the last few seasons. One of the reasons Kroenke listed for moving was lack of fan support. So, obviously, there was a lot of animosity.

Crouppen’s commercial was basically him taking Kroenke to task for moving the team despite arguable good support from a fan and business base despite all the years of losing. That while Los Angeles certainly offered more revenue, Kroenke was already quite wealthy and could have kept the team in St. Louis without causing any sort of financial burden. Or was that really his point?

Now to the real reason for my blog.

I don’t doubt Crouppen’s anger at Kroenke. I’ll take him at his word. The reality of the situation is that Kroenke just doesn’t much care what Crouppen thinks and the commercial does nothing to change the fact that the team has already moved. What it does is make a lot of people in St. Louis appreciate and admire Crouppen, who is running a business. He’s a personal injury lawyer here in town who has long run advertisements on local media offering his services. Was this not really just more of the same?

He’s known, perhaps accurately or perhaps inaccurately, as an ambulance chaser. A lawyer who takes advantage of people who are desperate. A lawyer who feeds the Compensation Culture.

I do not know if these accusations are true or not but I do know it is the general perception of people here in St. Louis.

So was this attack against Kroenke a sign of moral outrage from Crouppen or merely a shrewd and, judging from the comments I’m reading, effective advertising campaign for his law firm? Or both?