Yesterday I spoke about Totalitarianism as a form of government and today I thought I’d turn that idea completely around and talk about Anarchism. An anarchist basically argues that state control is harmful to society and that government in general is unnecessary and causes more damage than it solves.

As a Libertarian this idea has merit to me but I don’t see it working in any practical manner. What I do see is many of my Libertarian friends being so disillusioned with government that they lean towards Anarchism rather than Libertarianism. This is a dangerous leaning from my perspective. Let’s get back to Anarchism.

The general definition is: The political philosophy which holds the state to be undesirable, unnecessary, and harmful, or alternatively as opposing authority and hierarchical organization in the conduct of human relations.

An anarchist believes that society can run much like The Valley from Ayn Rand‘s Atlas Shrugged. The Valley is where achievers are allowed to achieve without any interference from government. It is an idealized location, cut off from the surrounding world, and only those deemed worthy are invited to join. This is where I have a problem with Libertarians. I don’t think this island is a good test for the ideas of Ayn Rand. In my own novel, The Staff of Sakatha, I have a valley like nation where the Freeriders roam. I talk about this idea more fully in this video.

Again, let’s get back to the topic at hand. The earliest we find anarchism in the world is by a fellow named Zhuangzi who wrote: A petty thief is put in jail. A great brigand becomes a ruler of a Nation. Powerful words true even today.

There are some who consider Jesus Christ a Christian Anarchist although the term anarchist didn’t enter the English language until the 17th Century during the English Civil War.

Modern Anarchism emerged with a fellow by the name of Jean-Jacques Rousseau and then another man named William Godwin. Much of what we consider organized labor sprang from the ideas of anarchism and state sponsored enslavement of workers that was seen at the outset of the industrial revolution.

An interesting topic of discussion was the United States willingness to limit corporate power through legislation making unions legal and the fact that Russia refused to do so. Eventually the abuses became so terrible in Russia the people had a revolution whereas the U.S. form of government remained intact. Perhaps fodder for another post.

Terrorism also has some roots in anarchy as public acts of violence were advocated by anarchists of the time who were being actively suppressed by the state. The rise of fascism is sometimes seen as a movement against the anarchy of the time.

Modern anarchism is broken into two schools of thought, the Social Anarchist and the Individual Anarchist. Both generally believe that the state lacks the ability to morally and ethically allow people their freedom and exists generally for the purposes of tyranny.

This post could go on and on as the topic is endlessly fascinating, you probably don’t agree :), but I think  I’ve given you at least the gist of the idea of anarchism and anarchists.

Share if you think a friend my find this interesting, 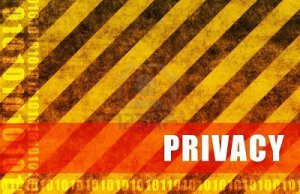