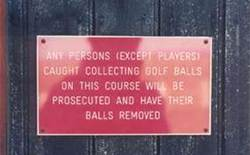 There is an interesting little case in the news today that reminds me how important it is that legislators draft well-worded laws. A fellow by the name of Richard Eggers worked for Wells Fargo as a customer service representative. Way back in 1963 he used a fake dime to do some laundry. He was sentenced to two-days in jail for this crime and served his time.

There is federal legislation in the banking industry that forbids companies to employ anyone convicted of a crime involving dishonesty, breach of trust or money laundering. That’s pretty broad and without an exception for misdemeanors and a statute of limitations it can be used unfairly. One supposes that Mr. Eggers may have been fired for other reasons but let’s ignore that for the moment and focus on how badly worded legislation can easily be abused by aggressive employers and prosecutors.

The law is designed to prevent con-artist type people from gaining employment in the banking industry. The thinking being that such people will dupe investors out of large sums of money and shake the faith in the banking business. I’m just not sure that such a blanket law is useful.

While it seems to make sense that we don’t want such people at banks I think it runs counter to Libertarian ideals. If a person is competent at their job then they should keep it. If they excel at their job they should be promoted. If a person once committed a crime then that should be taken into account when hiring that person certainly, but to eliminate them from consideration because of previous acts, for which they’ve already been punished, seems unfair.

Many of the laws that came out of the financial crisis are intended to ease the minds of the public but do little to actually prevent the activities that led to the problems. Frankly, I’m in disagreement over laws that prevent hiring someone because of previous misdeeds for which they’ve already been punished but that’s really secondary to my main argument.

When laws are passed to try to prevent something they need to be carefully worded. In this law there is wording that allows for a waiver if the crime didn’t involve jail time. It seems to me that it could easily be modified to include misdemeanors even if they involved some minimal sentence.

I don’t think regulatory laws are all bad nor do I think the people who enacted this law meant for it to be enforced in this fashion.

People will always try to twist the exact wording of laws to their own benefit and careful consideration must be made while writing legislation. The problem is that changing badly worded laws becomes quite difficult when getting the law passed in the first place was contentious. As was the case here.

There is no easy answer to problems like this. Badly worded laws are dangerous to the freedom of all free people. They will be abused by zealous judges, prosecutors, employers, law enforcement officials, and others to try to bring about an unjust resolution.