Crimes that No Longer Exist

A new Texas gun law overrides previous illegal activities, particularly in regards to rules for carrying a firearm. Yet there are many people in prison for violating those laws in the past. Should we release those prisoners immediately?

The same goes for prisoners serving time for drug behaviors no longer considered criminal. I find it an intriguing question worth exploring and that is my aim today.

It was a Crime Then

Some will say the prisoners committed crimes at that time. Or at least a jury found them guilty of doing so. Just because carrying a weapon without a permit or training is now legal thanks to the new Texas gun law doesn’t mean people doing so didn’t break the law in the past.

I understand the argument although I disagree with it. Now, if you argue someone who drove fifty miles per hour down a thoroughfare with a speed limit of thirty but where the limit is now sixty should be released, I don’t agree. Driving over the speed limit is still a crime. Just because the limit changed on that particular street doesn’t absolve someone of breaking the existing rule.

I think a crime like carrying a weapon without a permit is different than running a red light at an intersection that no longer exists. If the state decides it’s perfectly legal to carry a firearm without a permit or training, then immediately release anyone incarcerated for doing so in the past.

What is a Crime?

To a large degree my argument comes down to defining a crime. It is my opinion, if we decide a certain activity is not criminal any more, then it behooves us, in the name of justice, to release anyone who committed that supposed crime during the period it was considered against the law.

What is the point in declaring something a crime in the first place? It’s largely designed to protect the people of region from some negative outcome. One of the biggest problems we have in the United States, in my opinion, is that we use the legal system to punish people we don’t like.

If the state legislators of Texas declare people can carry a gun without a permit, then no one should be in jail for doing so. Who exactly are we serving when we keep such offenders in prison? They did something now considered perfectly legal.

If you want to keep people in jail for committing that particular crime, then you should be against changing the law now. Freedom is not something to take away lightly.

The Texas Power Crisis of 2021 has engendered a lot of media attention in the last weeks but what I’d like to address is the lying associated with the crisis. Why are people failing to be honest about the causes of the Texas Power Crisis and what are the long-term impacts of such lies?

The Governor of Texas, Greg Abbot, attributed the Texas Power Crisis to the freezing of wind turbines and he was followed largely by Republicans on both a state and national level.

Texas is a big wind power state for the simple reason there is a lot of open space but even at that, wind power only accounts for about 23% of the state’s total power output. When the cold weather swept down into the south many of the wind turbines froze but the primary cause of the power crisis was the loss of natural gas production.

Those in charge of energy production in Texas ignored warnings after a similar crisis called the Groundhog Day Blizzard back in 2011. They chose to hope that such a cold weather crisis would not happen again and are now reaping the consequences of that choice.

Why did Governor Abbot and his fellow Republicans lie about the main cause of the problem? The answer is quite simple, for political gain. Green Energy is largely considered a talking point of the Democratic Party and by blaming the wind turbines for the crisis, Abbot hopes to convince people that Democrats are to blame and, obviously, to vote for Republicans.

Not long ago, I wrote about how the Covid-19 crisis engendered similar lies along an anti-science line. I’ve also written about how green energy will supplant fossil fuels and why that is a good thing for all of us. I’ve also delved into the false belief of a Flat Earth and I think these subjects dovetail nicely with the Texas Power Crisis.

The point is anti-science rhetoric causes people not to trust science. It’s certainly true many people don’t subscribe to the lies Governor Abbot peddled about the Texas Power Crisis and most people believe that we live on a sphere. That being said, every time someone in authority lies to us, there are going to be people who believe those lies and make decisions about their life based on those falsehoods.

That’s the danger of lying in this manner and we have to gauge the benefits against those risks. Is the perceived benefit of political gain for one political party worth the potential losses that will certainly be sustained by a country that refuses to follow science and begins to fall behind the rest of the world in many ways?

I don’t doubt for a moment Governor Abbott and those like him think the risk is well-worth it. They believe if they come completely into power, they’ll be able to make the world a better place. They believe the ends justify the means and they are not alone. There are opportunists in every party and my own Libertarians fall into the same trap. You should read some of the crypto-currency nonsense floating around out there. And I’m a believer in the eventual rise of said monetary system.

In any case, that’s the question each one of us has to face. Are the lies worth it? Will enough people believe the lies to elect my politicians and few enough to avoid catastrophe for the United States?

My answer is, of course, tell the truth no matter where it leads. If I make a mistake, if my actions are responsible for the negative outcome; then I must show personal responsibility. I understand the consequences to an entire nation that devalues truth and science. I see the writing on the wall. I’m not willing to sacrifice my integrity for a few votes. Your opinion may differ. 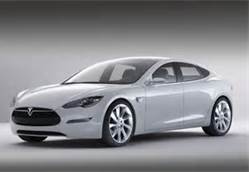 The state of Texas has a law that allows only franchised dealers to sell automobiles. The idea is that only an authorized franchise store of Ford, or Chevy, or Toyota is allowed to sell cars.

The Texas Automobile Dealers Association convinced the legislature to ban the sale of Tesla cars because the company sells directly to buyers instead of through a licensed franchise.

I’ll let TADA president Bill Wolters explain why in his own words. If Tesla were allowed to sell cars without a franchise, “… it allows every other manufacturer to come in and do what Tesla is going to — compete with our family owned businesses.”

He goes on to say this would hurt consumers because franchise dealers compete with each other to keep prices down and they serve customers in rural communities.

So, competition is good, just not competition from anyone who isn’t from Texas? Anyone who doesn’t want to pay franchise fees? Someone who simply want to sell their product to people who want to buy their product? How dare they? Do they think they’re capitalists or something?

I’ve got news for consumers. Competition is good for everyone. This law is protectionism at the expense of consumers.

The success of Texas in banning sales of Tesla’s is spreading. Other auto dealers are gearing up the legislatures in their states to do the same thing.

I’m no giant fan of the Tesla. It’s got some issue but if the people in Texas want to buy the thing, the government should not stand in their way. Government has specific and useful functions and one of them is not pandering towards one business over another. If the Tesla is to fail, then let it fail on its own shortcomings.

What really angers me about this particular brand of crony capitalism is the nasty liberal slant. We’re doing it to help the consumers. That’s the song and dance of the liberals. Trust us, if this nasty businessman gets his way you’ll end up being the one hurt. I’m used to such nonsense from liberals but I suppose I should have grown accustomed to hearing it from republicans by now. They don’t believe in free enterprise and capitalism any more than a liberal democrat, if they ever did.

The government has a role in our nation. If the Tesla was poorly designed and exploded on contact, then the government has some duty to protect its citizens. Even then I don’t think they should be able to ban the sale completely. They can offer consumer guidelines and warning. That’s not the case here. The Tesla is apparently a very safe car although perhaps not as safe as their marketing department would like you to believe.

Texas politicians are looking at legislation that would make a narrow exception for the Tesla but the entire law is clearly designed to stifle competition in favor of local dealers.

I’ll leave it to you to figure out why the politicians decided to pass laws favoring locals.

I’ve got nothing against local businesses. It’s great when they succeed but when government gives them an unfair advantage it hurts consumers.

If Tesla sells a lot of cars then it forces those local Texas dealers to compete. Some of them might lose the competition and go out of business. Those that survive will be the  best dealers in the state. That’s the nature of the free market. Companies that provide a good product at a price point people want, survive.

Propping up a business that can’t compete or passing legislation that favors one company over another is Crony Capitalism. It’s rampant. Democrat? Republican? What’s the difference?