The Jan 25th game between Magnus Carlsen and Shakhriyar Mamedyarov in the Tata Steel tournament lit up the chess world for the quality of play. The first image here is the computer evaluation of the game after it finished. Today, I will make an argument the game is the finest ever played and Carlsen is […]

What Happened Chess India hosted a charity event, Checkmate Covid, to help those suffering from the results of Covid-19. In it a variety of celebrities played former World Champion Viswanathan, affectionately called Vishy by his many fans, Anand in a simultaneous exhibition. One of those pitted against Vishy Anand was billionaire Nikhil Kamath. Kamath played […]

What is a Qualifier? What does the word qualify mean to you? That’s a question of great importance in regards to the 2021 Bullet Chess Championship. In the tournament a number of players compete to play for $25,000 in prize money. This group of competitors is broken into two parts. One group, made up of […]

Chess Chat is as filled with acrimonious debate as any political forum and, while watching the first round of the Norway Chess Tournament an instructive moment occurred which I will wax on about today. Don’t be too distressed, the topic isn’t primarily chess, or chess chat, it’s how to have a productive debate. In this […]

Japanese chess prodigy, 14, breaks 30-year winning streak record screams the headline. Yes, he is 14. Yes, he did break a winning streak record. No, it wasn’t chess. He plays chess and is reportedly good at it, but the streak was in a game called Shogi. What’s wrong with a headline saying he broke a […]

I know the title of this blog isn’t too exciting but if you’ll put up with me for a moment I think I can show how a controversy that is roiling the chess world might well have a big impact on you. The situation is this: A company called Agon Limited contracted with the FIDE (World […]

I read a story from the Associated Press about a Twitter war that is raging because a prominent Saudi Arabian, Grand Mufti Sheikh Abdelaziz Al Sheikh, declared that Muslims should not play chess. No big deal? Just some religious kook making an outlandish statement? I disagree. For Al Sheikh to make this statement there is clearly […] 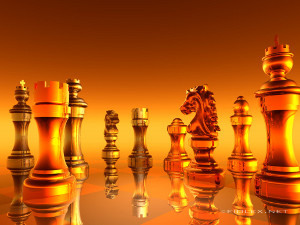 You wouldn’t think that playing internet chess would give insight into a better way to lead your life but that’s exactly what happened to me when I started to play. I’ve discovered that diversity and balance improve life and I’ll tell you why. I played chess as a young lad. My father taught me the […]

You might think that playing chess over the internet doesn’t really have any application to real life problems but you’d be wrong! Tomorrow I talk about how internet chess has given me a new respect for diversity and being a well-rounded person. Stay tuned for a full explanation. I know it’s hard to wait a […]

Is Hans cheating? That question continues to roil the chess world, and beyond. Ever since Magnus Carlsen formally made an accusation that’s been speculated in the chess circles for over a year, it’s been a major news story. Is Hans Cheating? It’s not the question I will answer today. Sorry. I’d like to discuss the […]

The apparently starting invasion of the Ukraine by Russia is in the news. There are a lot of reasons why it’s happening but I’m going to argue today that Turkey’s purchase of the S400 anti-aircraft system is perhaps the main catalyst. Now, that being said, it’s a complicated situation to say the least. That fact […]

Chess talent Daniil Dubov is from Russia. In the recent World Chess Championship, the reigning champion, Magnus Carlsen, played challenger Ian Nepomniachtchi. Nepo, as he is generally called, is from Russia while Carlsen is from Norway. After the match concluded, with Carlsen’s fourth title defense and fifth overall championship, the champ revealed his team which […]

Magnus Carlsen Shows Up for Consolation Match Magnus Carlsen, the World Chess Champion, was defeated by Jan-Krzysztof Duda in a hotly contested semi-final match in the Chess World Cup that came down to tie-breaks. Because of this Carlsen found himself in the position of playing a third-place consolation match against Vladimir Fedoseev. Not only did […]

What is a Simp Shamer and a Simp? A Simp is someone who donates money or other gratuities to an entertainer on streaming services like Twitch. The general term of Simp indicates a male who donates to the stream of an attractive female who then says their username in an affectionate way. The term has […]

Oh what a tangled Cancel Culture we weave when we try to cancel a person on the opposite side of the debate. The Cancel Culture insanity is in full view in the Gina Carano situation which I will avoid detailing because in the immortal words of Tripper; It just doesn’t matter. Carano was fired from […]

During board game night a discussion broke out about how is art defined? While we delivered in the Wasteland Express the software developer opined that his job was artistic but that of an engineer was not. This being true because the medium in which the engineer worked was more greatly constrained. Needless to say, strong […]

In the chess world, which I enjoy although about which I’m aware my loyal fans are somewhat less enthusiastic, there is an interesting dichotomy in the behavior of two former world champions, Vladimir Kramnik and Viswanathan Anand. Anand is still playing top level chess while Kramnik decided to give up competitive chess. Whose decision is […]

Today was an interesting day in the chess world when Wesley So decided on a pragmatic course of action when he had an opportunity for glorious victory. It was a complicated decision with a number of factors but I thought it was the correct choice; I am interested in what other people think. Let me […]